At the request of H.H. Gyalwang Karmapa, Bokar Rinpoche Yangsi, Kyabje Khenchen Rinpoche, faculty members of participating Shedras, tulkus, khenpos and all the monks at the Kagyu Gunchoe joined to offer the two-day ritual of Hayagriva.

In recent years, one of the 17th Karmapa’s aims has been to restore the traditions and rituals  of the Karma Kamtsang, and from early on in his time in India, he assigned various rituals to be performed annually by particular monasteries.

This Hayagriva ritual is an important and precious tradition within the Karma Kamtsang. It had very nearly been lost—almost nobody was practising it, even though it had been one of the main practices of the First Karmapa, Dusum Khyenpa. The lineage of this tradition originated with Jowo Atisha, passed through Naktso Lotsawa Tsultrim Gyelwa [who studied closely with Atisha] to Gampopa, and then directly from Gampopa to Dusum Khyenpa. It is one of the Five Sets of Five Deities practices of Dusum Khyenpa; the other four deities are Chakrasamvara, Vajravarahi, Hevajra, and Tara.  Given its importance within the Karma Kamtsang, the Gyalwang Karmapa thought it urgent to preserve this lineage and restore the tradition.

The sadhana being used during the puja was composed by the Sixth Karmapa, Thongwa Dönden (1416–1453) with some additional material by the 17th Karmapa.

The Karmapa believes that this is probably the first time this ritual has been practised publicly for several hundred years.

Additionally, because this ritual falls into the category of kriya tantra practice, the monks took Mahayana sojong each morning. 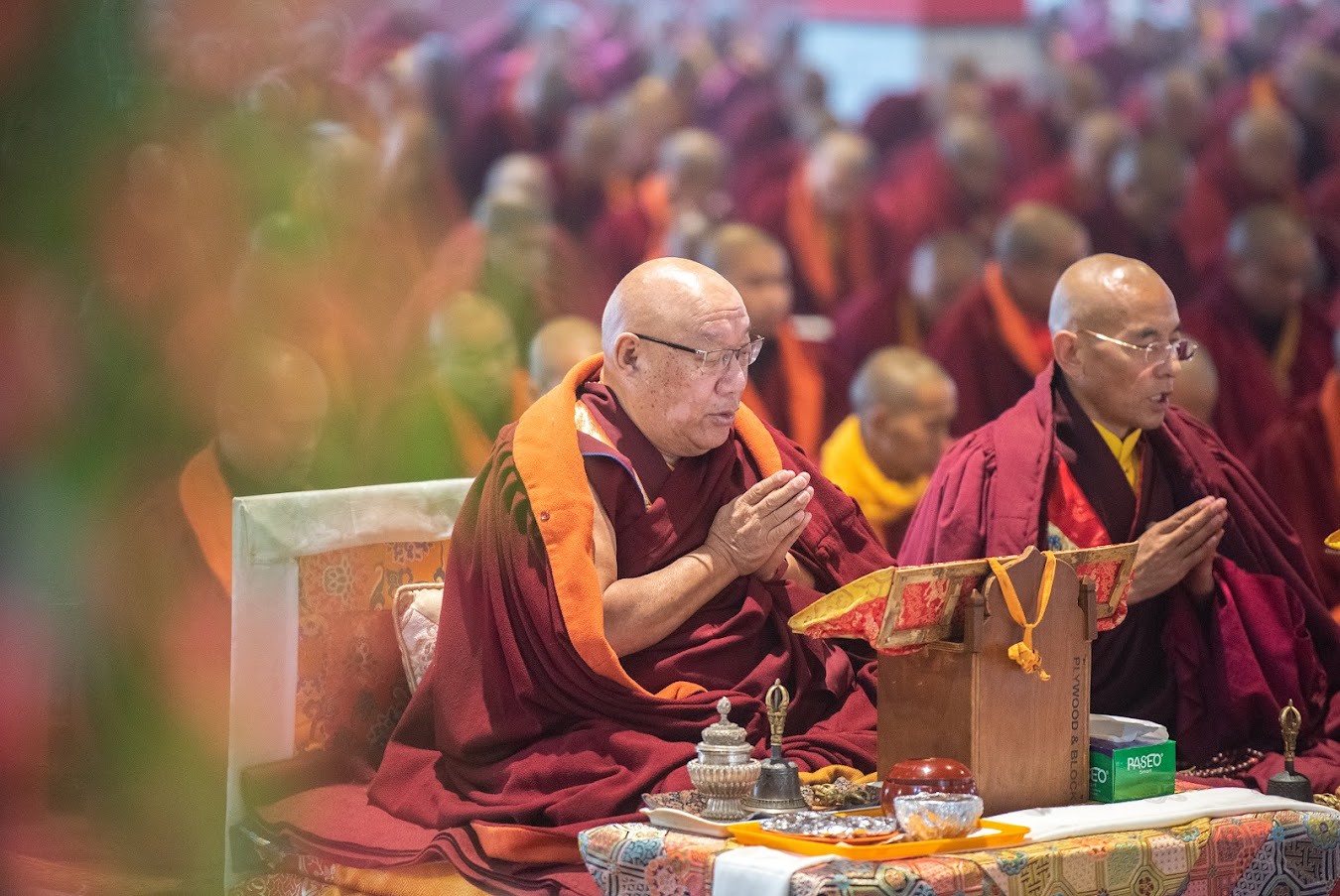